First outing for the car in it’s current form. 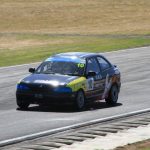 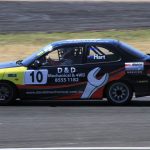 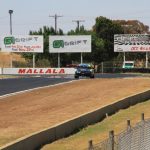 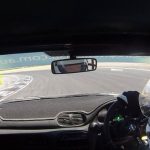 Second outing for the car with very few modifications. Day was cut short due to worn brake pads and earlier sessions were hindered by heavy rain – as you can see in the video below! 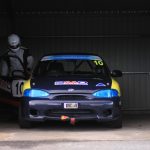 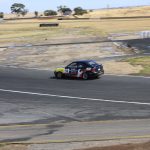 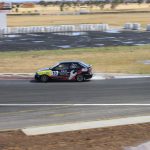 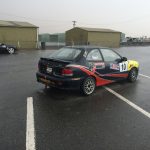 Third outing for the car with new racing compound brake pads and a trial of a different sort of tyre from Falken Tyres as they were free issue from Bob Jane T-Marts. The video below shows that they didn’t perform too well – times were down about a second a lap and the car felt terrible. We swapped back to the Federal RSRs for the second half of the day and started performing well again. 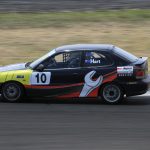 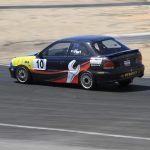 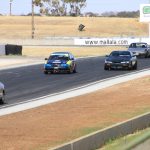 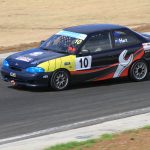 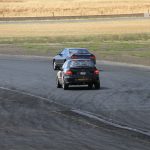 Brand new coil-over suspension fitted and we thought we’d give the Falken Tyres another go. 40+ degree heat and issues with tyres and unproven suspension meant we were around 4 seconds a lap slower than the last practice session. Brand new car trailer looks amazing and we already have a list of modification and adjustments planned ready for the final practice before Race 1 on March 21st. 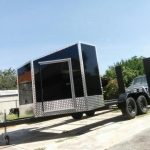 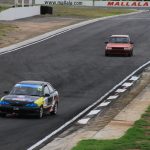 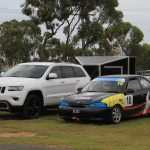 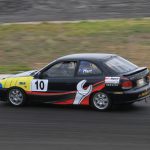 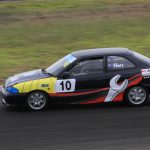 Suspension issues sorted out and a brand new set of Federal RSRs to wear in meant we had high expectations for the day! We started the day on our old RSRs fitted to standard Excel 6″ rims. The warmup lap was a 1:35:45 so already miles ahead of the last practice day then the second lap was a 1:31:21! Our fastest lap yet and the fastest lap for any Excel on the day!

A gearbox failure ended our day early with only 3 fast laps under our belt. Final Practice Day is on the 20/03/2015 just before the race but we will be ready with new gearbox, new 7″ rims and new RSRs!